In Wave Analysis there is such a notion as “wrong top” (very often in practice the term “orthodox top” is also used). This is one of the most ambiguous ideas of R. Elliott.

Elliott argued that when wave 5 of an impulse is stretched, the subsequent bear market will take one of the forms.

The first option. A prolonged horizontal correction will begin, in which wave (A) will be extremely small, compared to wave (C). Wave (B) capable of forming a maximum is considered to be a “wrong” top. It is so because it occurs immediately after the end of the fifth wave.
The second option. A prolonged horizontal correction will become a part of a larger correction. In the example shown, the “wrong top” is formed by a regular plane, which is located in wave (A) of a higher degree plane. 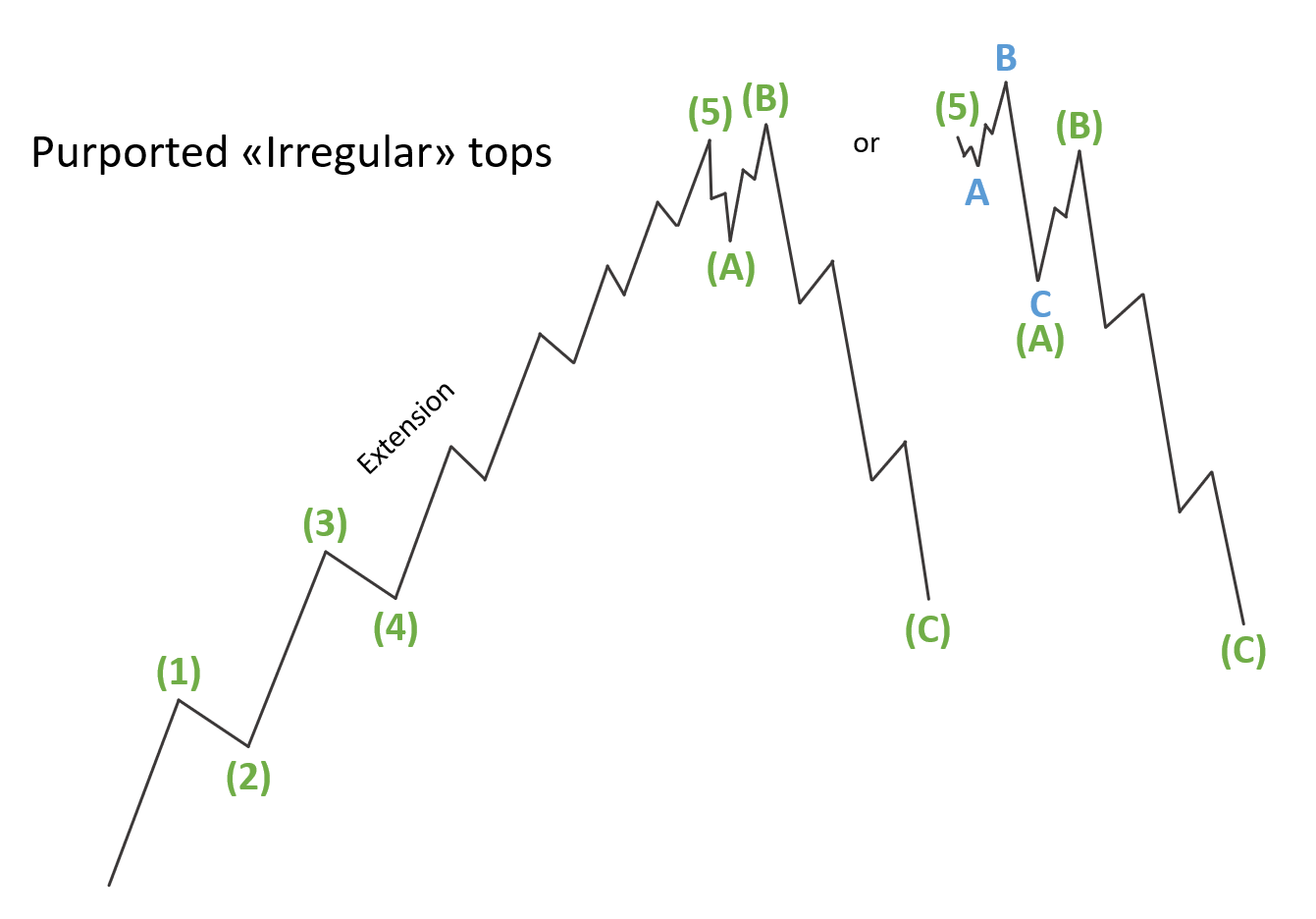 This concept is questioned by modern waveformists.

In the 20’s and 30’s there were two stretched waves (5) of the primary degree, which gave rise to such a peculiarity of the markup. To turn the stretched wave (3) into a stretched fifth wave, Elliott developed the theory A-B-C, which was called the “irregular correction of type 2”.

In other words, the “incorrect type 2 correction” allowed to eliminate the first two sub-waves of the stretching, while the “incorrect top” explained the formation of two extra waves at the top.

Thus, the “wrong type 2 correction” and the “wrong top” were used by Elliott to mark out the fifth wave stretch of the impulse. The two incorrect concepts were generated by an identical error.

From the calculation in Fig. 1.50 we can see how the “wrong A-B-C type 2 correction” in the second wave of the impulse, leads to the necessity of using the “wrong top”. This construction does not contain errors, but its use does not make sense, because there are alternative variants of markup, the probability of implementation of which is much higher due to their simplicity and harmonicity. 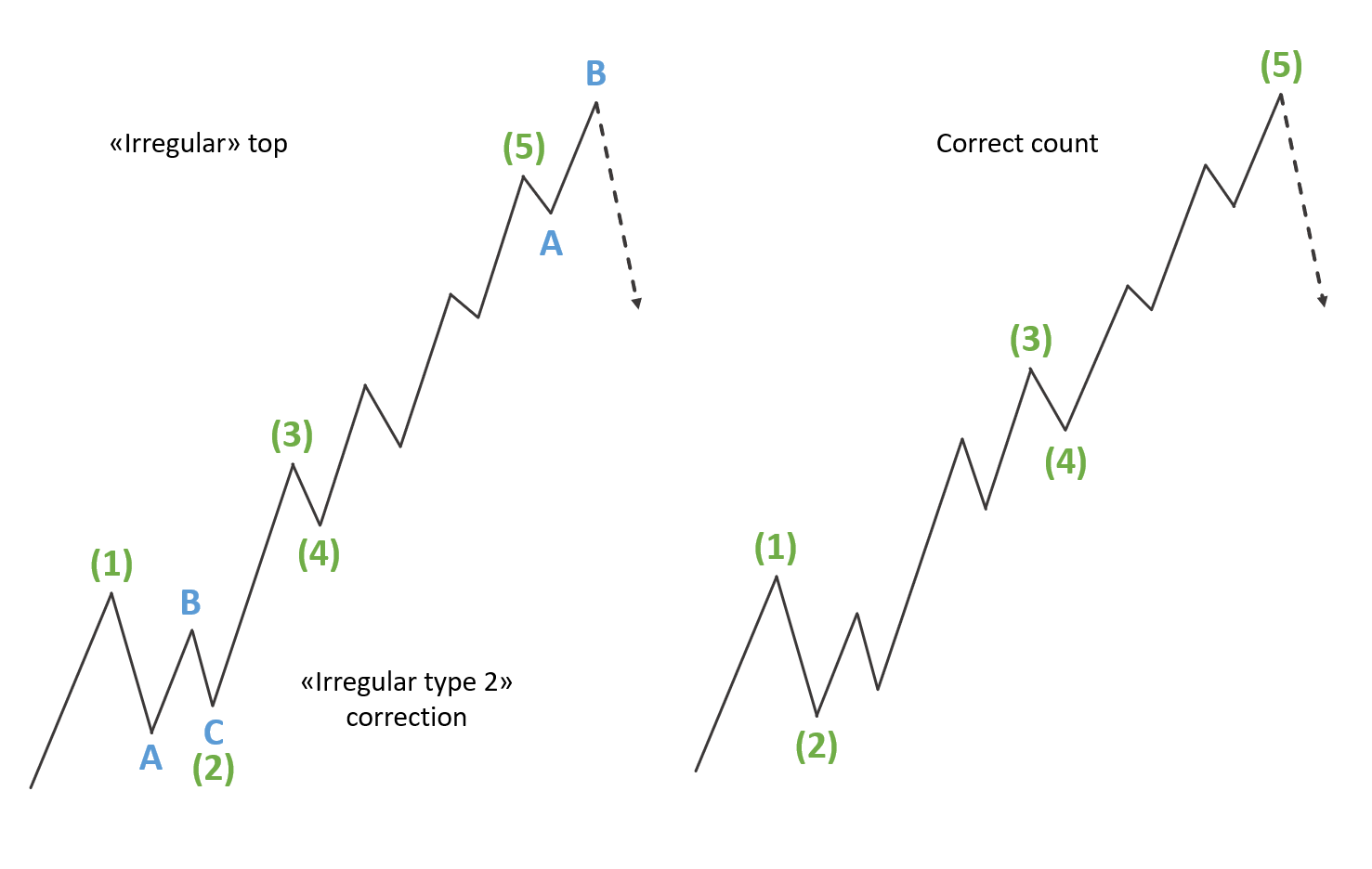